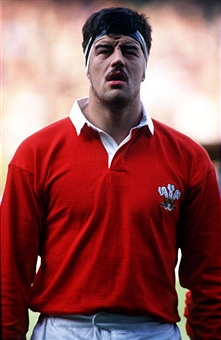 · Played a total of 308 games for Swansea scoring 41 tries

WALES: Gained the first of his 16 Welsh caps in 1989 and played his last international game in 1997

My thanks to Paul for providing me with this photograph