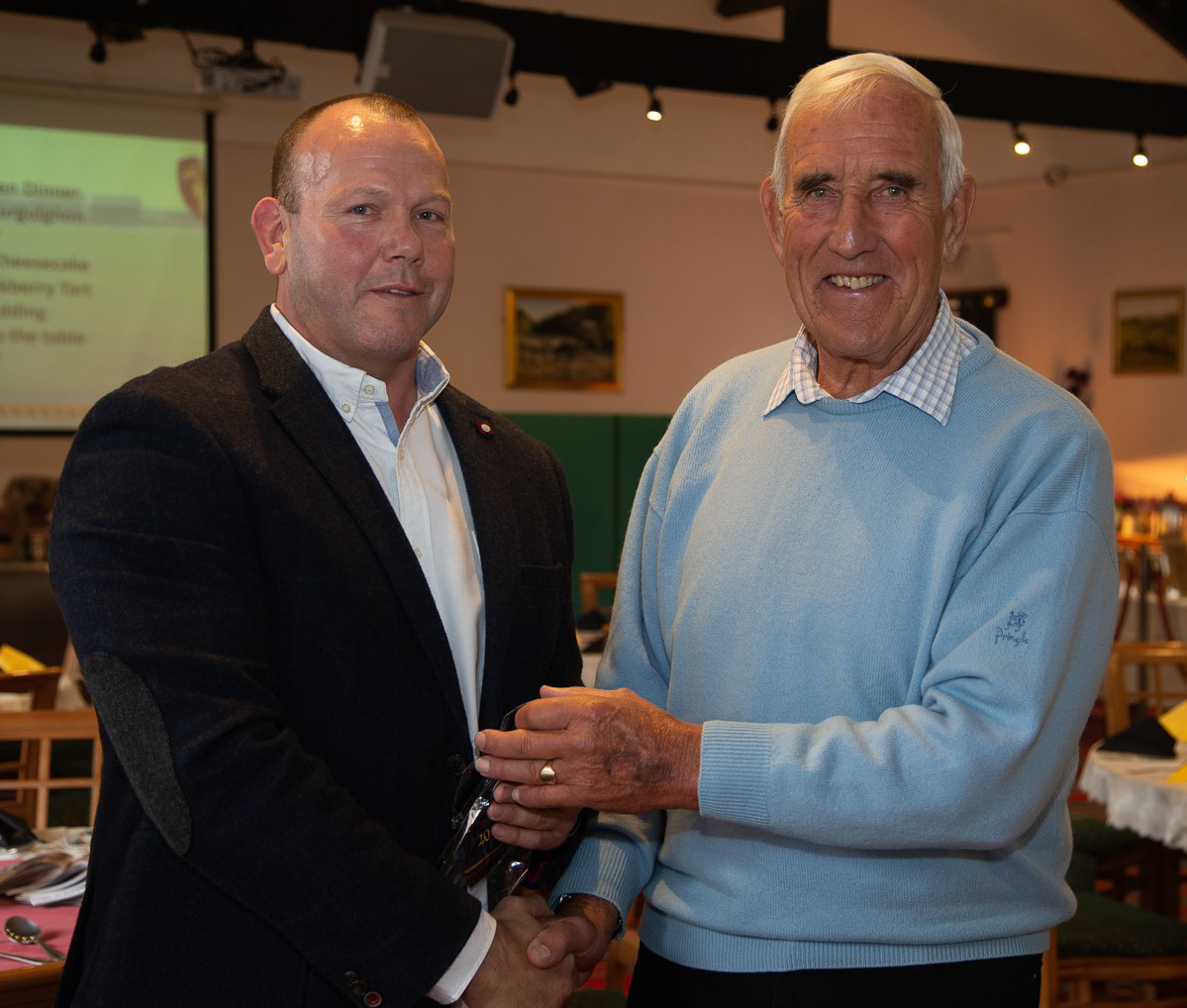 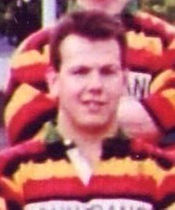 Gethin being presented with his 200 + appearances tie by Delme Thomas at the clubhouse on the 20th October 2018. Presentation photograph taken by Dan Minto, Club Photographer