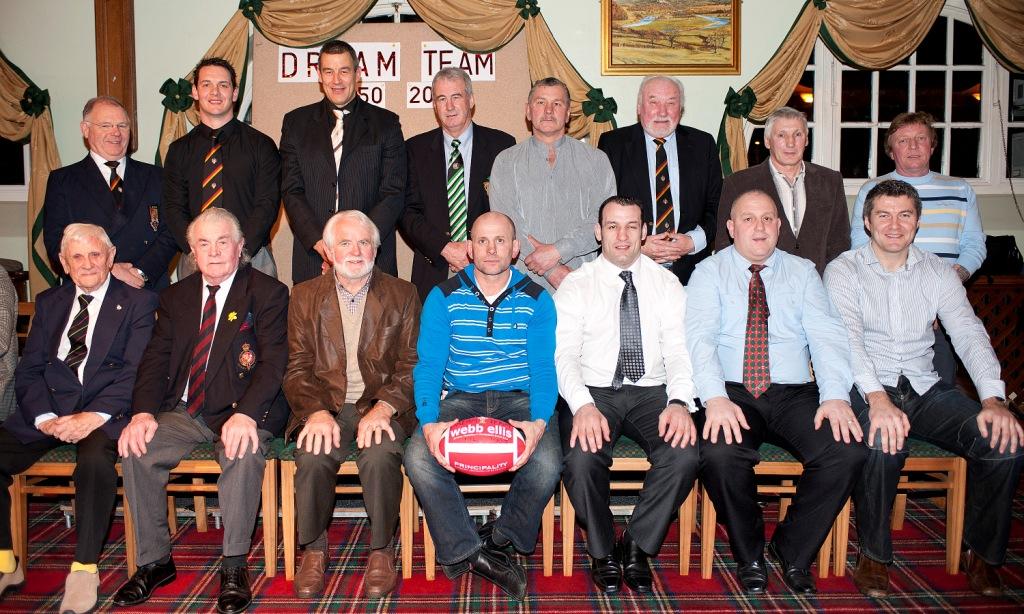 Last Friday, 17th February 2012, saw the culmination of a project which started nearly two years ago. The main objective was to identify 15 players who would make up a Carmarthen Quins Dream Team for the seasons 1950 to 2000.

We know that 511 players turned out for the Quins 1st XV during this period. A jury of 12 ex-players along with two reserve jurors, ably assisted by 6 Mentors (50-60 decade), brought this list down through a series of eliminations to the 45 players. This short-list equates to three players for each position.

The Jury and Mentors, along with Mr Delme Thomas and Mr Roy Bergiers, who have acted throughout as our Independent Adjudicators, met on the 14th December last year. By means of secret ballots, the Jury selected one player for each position. The names of each player chosen was not divulged to anyone and remained confidential until a Presentation Evening which was held last Friday evening, 17th February at the Quins Clubhouse. The Jury had also chosen a Quins Dream Player and the name of the player chosen was also withheld until last Friday night.

We were delighted that nearly 100 people turned up on the night with many relatives attending on behalf of players who are sadly no longer with us. A brief playing history was given on each player before the name of the final player for each position was announced. Each player or player’s representative chosen in the Dream Team was presented with a trophy on behalf of the club by Delme and Roy.

Those present then had an opportunity to catch up on lost time rekindling friendships of when they donned the cardinal, amber and black.