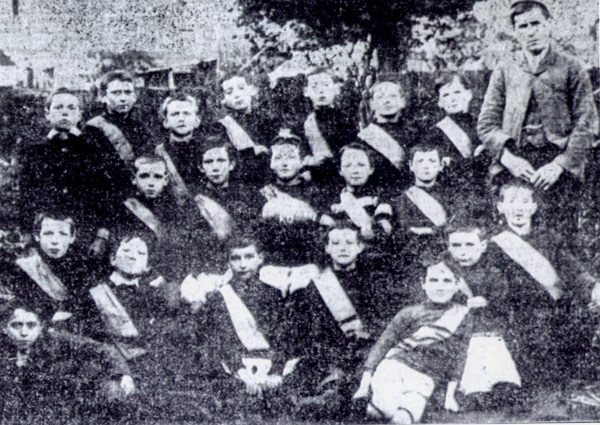 “The above picture is of the first Juvenile Rugby Team in Carmarthen, formed about 40 years ago. The team comprised boys attending Pentrepoeth School and were called the Young Wanderers.  They had a good record. The players are now well known in Carmarthen and the picture will recall many exciting matches in which the team took part. The names in the picture are: