I have yet to establish whether Ronnie Morris did turn out for the Quins before moving to Swansea. No club records exist for that period. If he did turn out even once for the Quins, there is no guarantee that there would be a match report on the game and even if there was, that Ronnie’s name would be mentioned. When, in 1975, Mr T. L. Evans, Senior Geography Master at the Queen Elizabeth Grammar School in Carmarthen wrote the history of Carmarthen RFC from 1875-1975, he had Ronnie Morris down on his list of Quins International players. He may well have known elder statesmen in the town who had a clear recollection of Ronnie Morris having played for the Quins between 1929 and 1931. Ronnie may still have been a school pupil at the time as several “Gram” boys turned out for the Quins when still at school. As a teacher at the school, Mr Evans would have been well placed to know this. I will, for now, accept Mr Evans’ belief on this but will continue to look for some evidence. Perhaps someone reading this might be able to help me out. 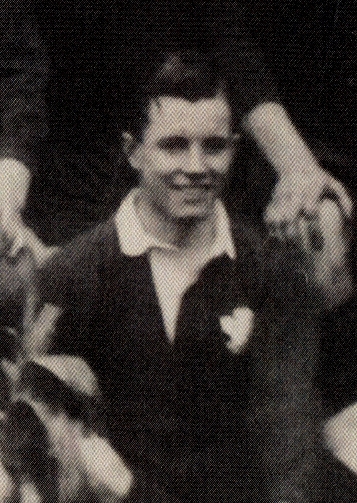 By kind permission of the Welsh Rugby Union