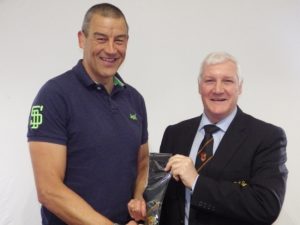 Paul played 234 games for the Quins 1st XV in his eight seasons with the club. Paul (above) being presented with his 200 appearances tie by Dorian Taylor, Club Committeeman 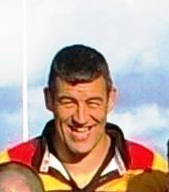