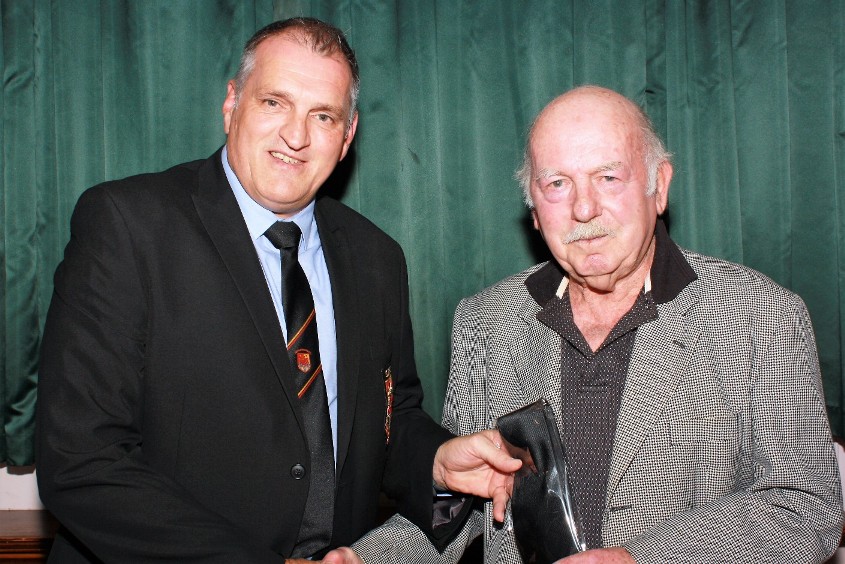 We have no records to fall back on to ascertain the exact number of appearances Delme made for the Quins 1st XV but it would be in excess of 100.

Delme (above) being presented with his 100 tie by Jeff Davies, Club Chairman. 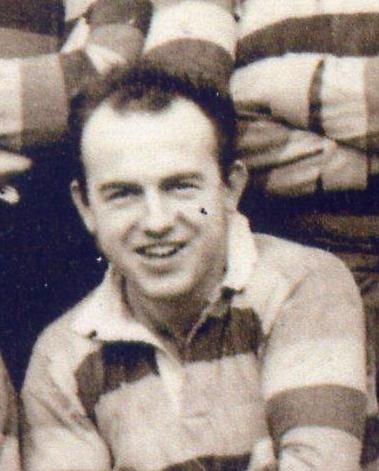 · Played most of his games as a flanker but also played at centre.

· Is a member of the Welsh Clay Target Shooting Association

· Has three other brothers who also played regularly for the Quins 1st XV.