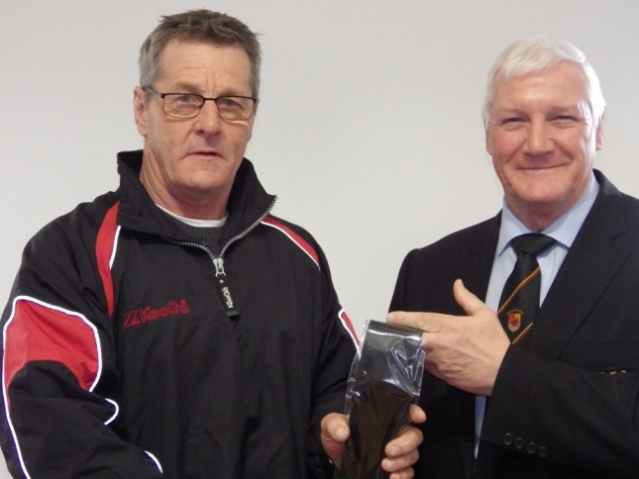 David played 277 games for the Quins 1st XV and is sixth on the list of Quins all time player appearances.

David (above) being presented with his 200 tie by Dorian Taylor, Quins Committee on the 2nd April 2016. 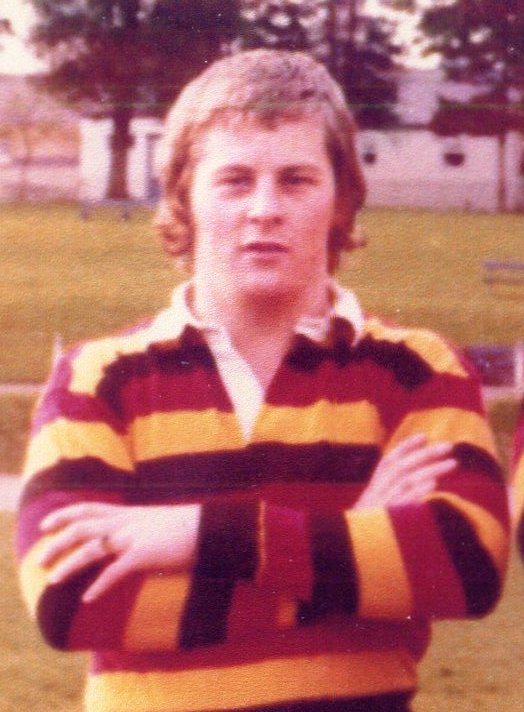 5. He went on the field as a substitute in one Llanelli game and went straight to a line-out. He caught the ball at the back of the line-out and dropped over the line for a try. He was on the field for less than a minute and has the record for the fastest try scored by a Llanelli RFC player.

6. He made a number of appearances for the “Plume” Invitation 7’s team.