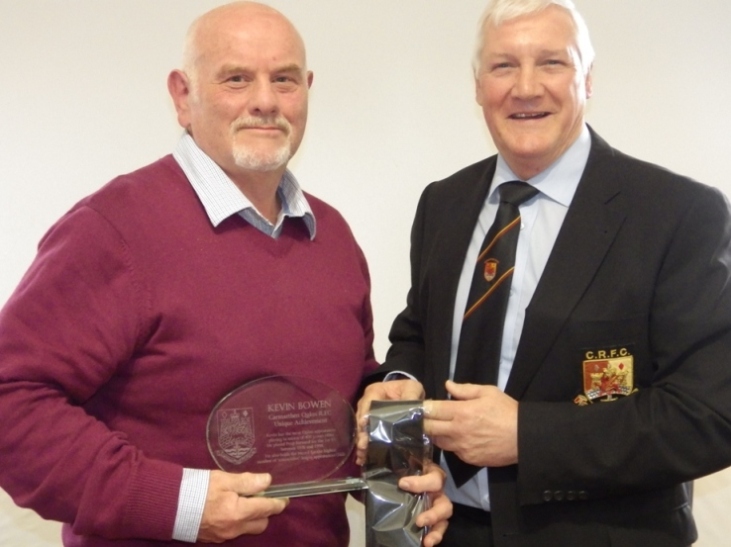 Kevin has highest number of Quins 1st XV appearances being the only player to have played over 400 games (406 in total). He is, therefore, the only Quins player so far to receive a 400 tie. Kevin being presented with his 400 tie and trophy for his unique achievements by Dorian Taylor, Quins Committee on the 2nd April 2016. 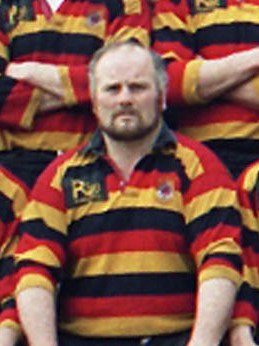 2. Has the record of having played 162 consecutive “League Appearances” between 1979/80 and 1987/88 (18 league games each season). This is still a Welsh Rugby record and has been certified by the Welsh Rugby Union. For a prop to complete this consecutive record is truly magnificent.

4. Kevin went on to play a few seasons for Carmarthen Athletic RFC so had he stayed                with  the Quins who knows what his total Quins appearances could have been.