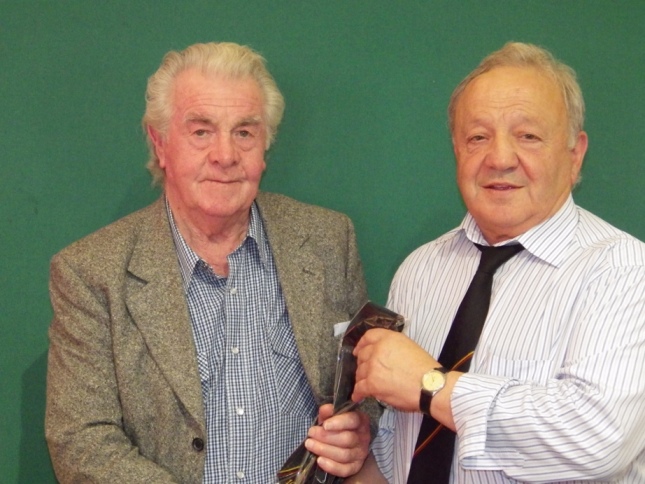 One of the most gifted and talented players to have worn the Cardinal Amber and Black. As good a centre as he was an outside-half. Derek being presented with his 200 tie by Brian Jones, Club Chairman. 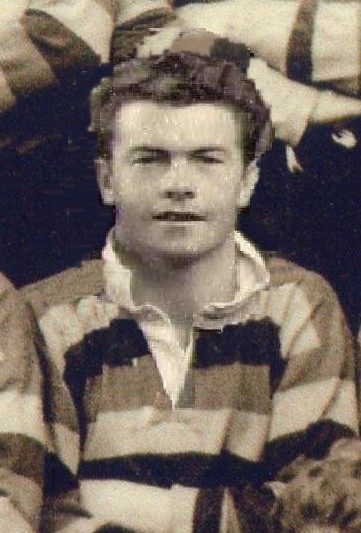