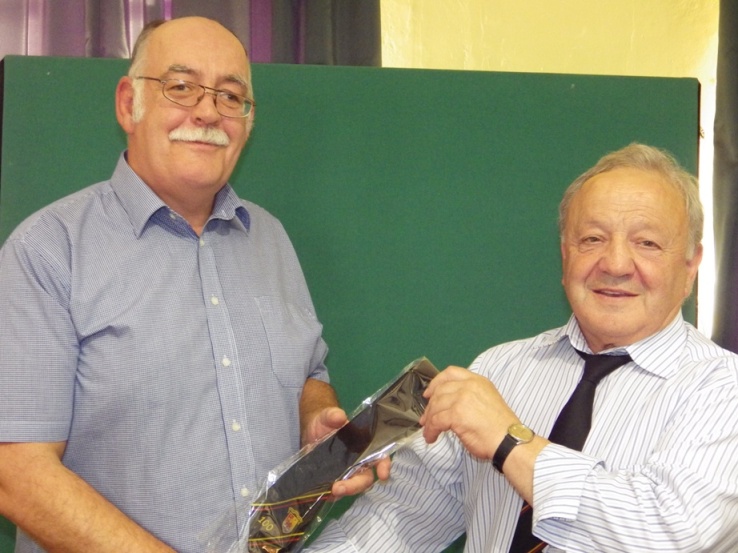 Played a total of 257 games for the Quins 1st XV crossing the line for 3 tries. Is currently 12th on the list of most Quins Appearances. Roger being presented with his 200 tie by Brian Jones, Club Chairman.