The Quins took on the mighty Neath RFC at the Park on Saturday 20th November 1982 in the third round of the Welsh Cup. Having beaten Pontyates and Trinity College in previous rounds, their opponents for this game were a different class altogether. A good crowd turned out to see the game and they witnessed a gutsy and determined effort by the Quins to match their illustrious opponents.

This feature has a photograph of the Quins team taken by Andy Nickless and a number of action photographs. Also included (by kind permission of the Carmarthen Journal) is a match report written by Roger Phillips which appeared in the Journal the following week. 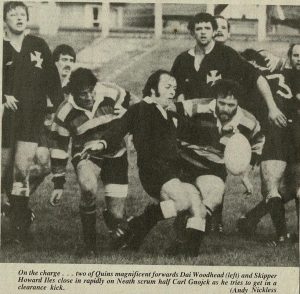 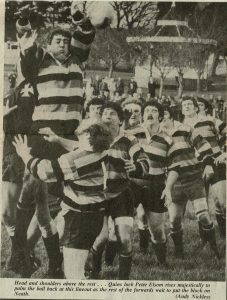 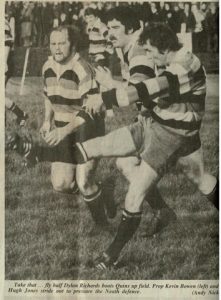 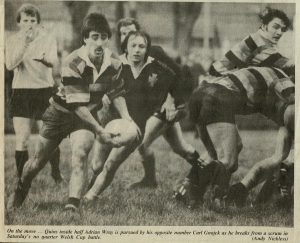 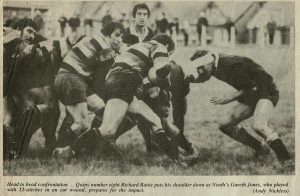 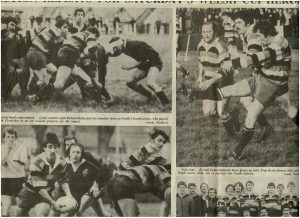 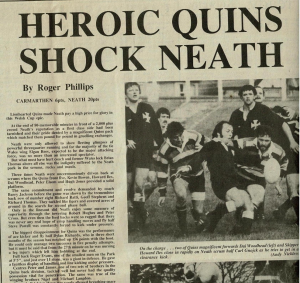 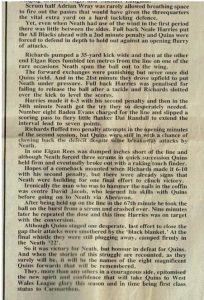