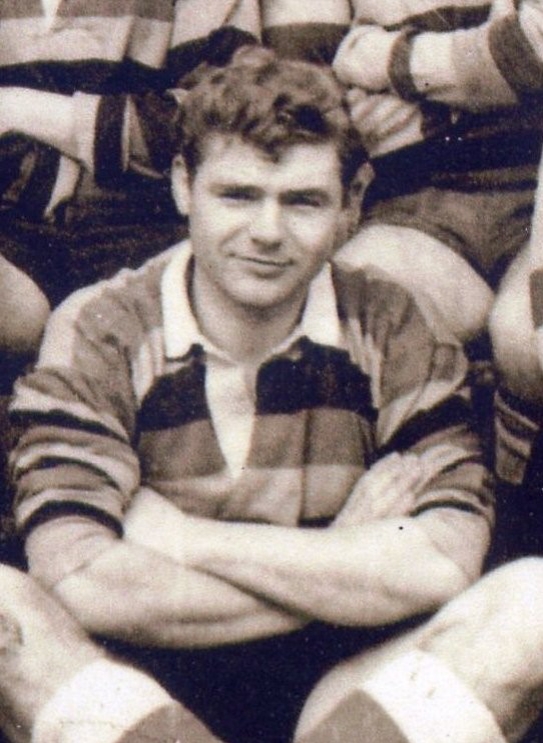 Due to the lack of club records prior to 1965, it has not been possible to ascertain the exact number of games Robert played for the Quins 1st XV, although there is no doubt he would have played in excess of 100 games. Robert being presented with his 100 tie by Club Chairman Jeff Davies on the 7th October 2017. Presentation photograph taken by Colin Lewis