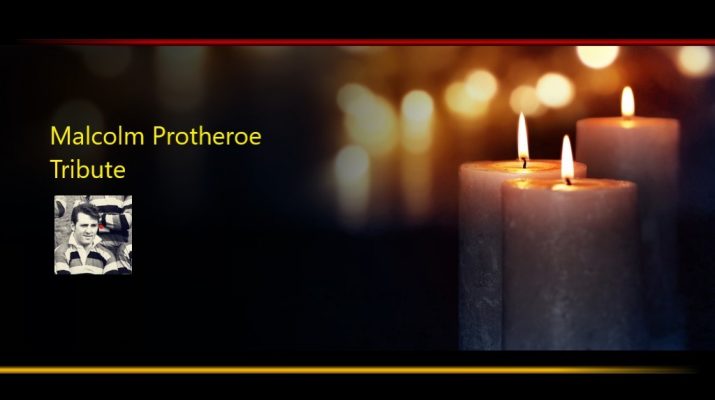 The club is saddened to hear the news that former 1st XV player and 2nd XV coach Malcolm Protheroe has passed away.

Malcom represented the 1st XV from 1963 to 1965 and made a guest appearance in one game during our centenary season of 1974/1975. A live wire scrum half who always gave his all in a Quins shirt. Following his playing career Malcolm was a well respected referee known to many across West Wales.

In the 1999/2000 season Malcolm became coach of our Second XV and in an extraordinary season the Quins swept all before them winning the Section A title and in doing so scored the most league points and amassed the most tries in the season (57).

The following season was almost a carbon copy of the first but this time they added the Carmarthen Journal / Llanelli Star Cup to the league title.

A regular supporter of both Carmarthen rugby clubs Malcom spent recent years following his grandson’s rugby journey and was a regular at Whitland RFC where grandson Josh also plays scrum half.

All at the club would like to pass on our sincere condolences to Malcolm’s family and friends at this sad time.

Below we have some photos of Malcolm in his days as a Quins player and as successful coach with our Second XV. 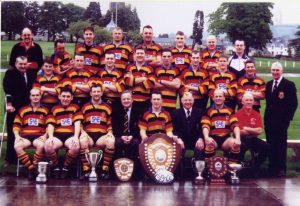 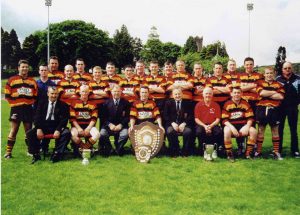 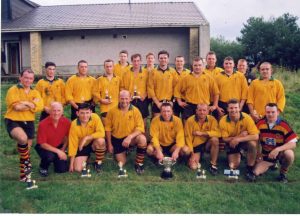 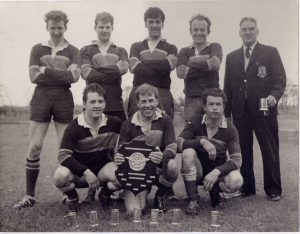