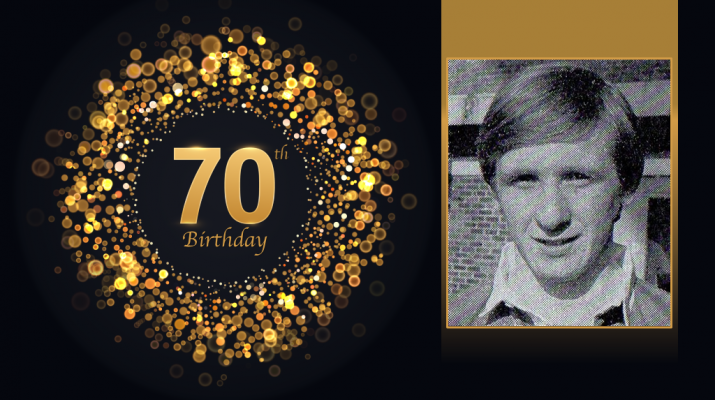 We as a club are delighted to support so many others in congratulating Roy on his 70th birthday a few days ago. We thank Roy for all he has done in binging so much pride to our great country of Wales.

Roy’s father was a Belgian carpenter, who was awarded one of his country’s very highest war honours for bravery, for actions he carried out in WW2. He came to Wales after all was over and settled in Carmarthen where Roy and his brother were born.

Roy attended Carmarthen Grammar School, where he was a fellow pupil with Gerald Davies and Ray Gravell. These were three of those quite amazing 1970’s world beaters that came through together to provide us with those glorious and unforgettable years.

Our seventy year old went as a member at only 23 years old of the Lions Tour to South Africa in 1974 and many say that this team was the best that ever left these shores. They played 22 games, over 11 weeks and drawing just the last test match and returned as national heroes.

Roy played over 240 games for Llanelli over a fairly short career and I don’t think that I could go without saying thank you to Roy on behalf of all us West Walians for scoring that try to beat the All Blacks in 1972, just over 48 years ago. It has become folklore and probably the most famous try in Welsh club history with Max Boyce making a fortune from ‘’being there’’. Thank you Roy, Delme, Phil and all of you who took part in the great game.

Roy had a serious tibia break in a tackle playing in 1977 for Llanelli against Tata Steel and this ended his serious playing of the game at the young age of 27. He did in fact play a season for the Carmarthen Athletic before finally hanging up his boots.

We must also thank him for being so unselfish and giving invaluable time to helping so many young people play our national game, as Roy did not then just sit down but along with his teaching career he took on the role of giving back huge energies to help and encourage youngsters to participate in sport, especially athletics and rugby. There was absolutely no financial reward for Roy, he simply wanted to help young people develop their skills, friendships and competitiveness and contribute to their health and wellbeing.

Roy was appointed as President of the Carmarthen & District Schoolboys and has spent countless hours in coaching, organising, raising money and generally running the whole programme for the under 11’s and under 15’s schoolboy rugby activity in Carmarthen since 2005 and modestly just says he does it because he enjoys it.

Thank you also Roy for being a regular supporter of the Quins in the park and as we simply love the game and what goes with it, may we again thank you for all that you have put back into rugby with the hours and hours of time in helping the youngsters become the kind of player you were and that’s a mighty big challenge.

Congratulations and have a lovely birthday Roy! 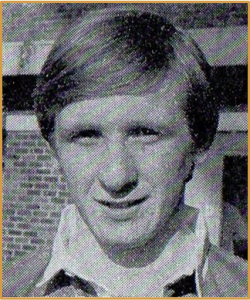 Played for the Quins Youth XV

Toured with the British Lions to South Africa, 1974

Has been a stalwart with the Carmarthen District Schools XV for a number of years and continues to devote a great deal of his time to schools rugby.