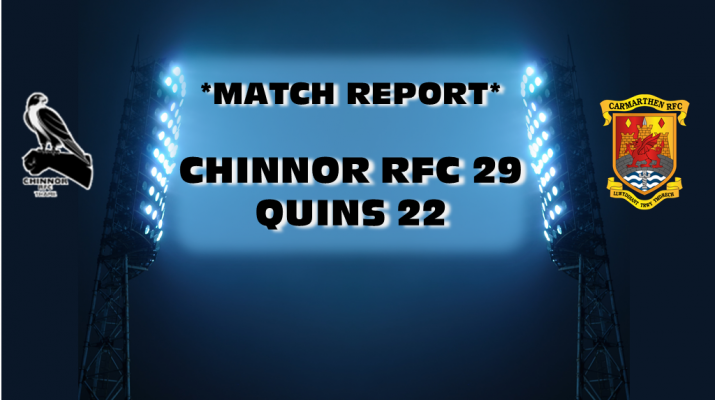 Despite the 5 hour journey to Oxfordshire, the squad were able to shrug of the rigours of the trip and produce a performance that pleased the coaches and supporters.

All the party were used and gave every indication that they will hold their own in the Premiership. Their opponents were a respected outfit from the English First Division, and appeared a bigger pack, only to be met with a Quins squad who would not be beaten.

From the opening set piece it was pleasing to see the that the Quins eight were not going to messed with, to the surprise of the home support. The opening score was as a result of a powerful surge by the home eight for Rupert White to touch down and outside half Geoffrey Small to convert in the 9th minute. This was matched three minutes later when the Quins pack smashed upfield for Ben Leung to crash over, for Steff Marshal to level matters. Marshall was able to use the tricky wind to gain valuable ground, but it was the boot of Small to add the next points with a 30 meter penalty to restore the lead for the home side.

After a series of line outs that both sides used to gain ground, Steffan Marshall slotted over a 35 minute penalty to again level the scores. The dreaded extra injury time curse struck and the home side scored their second try when centre James Beaty crossed for Small to improve and give the English side an interval lead of 17-10. The expected changes by both sides, who wanted to give game time to most of their squads, proved just how strong both clubs were going to be for the season ahead.

As early as the 43rd minute Nick Reynolds sliced through the home defence to score a well taken try for again Steffan Marshall to convert to level matters. Even with the changes, the Quins pack were more than holding their own with Haydn Pugh and Lee Taylor controlling the line out and their half backs finding yards with shrewd kicking. Mid way through the half the home side regained the lead when Roddy Mathews toughed down for Small to add the conversion, back came the Quins for Morgan Griffiths to make many yards, taking play up to the home line and from quick possession Aron Hemmings found Richard Bloomfield in support to dive over.

The vital conversion was missed, leaving the Quins two points adrift. The final ten minutes saw the Quins confine play deep in the home 22 and a desperate clearance by the home side saw play move into the Quins 22 with the 80 minutes up, Robert James was able to scramble over for the deciding score,