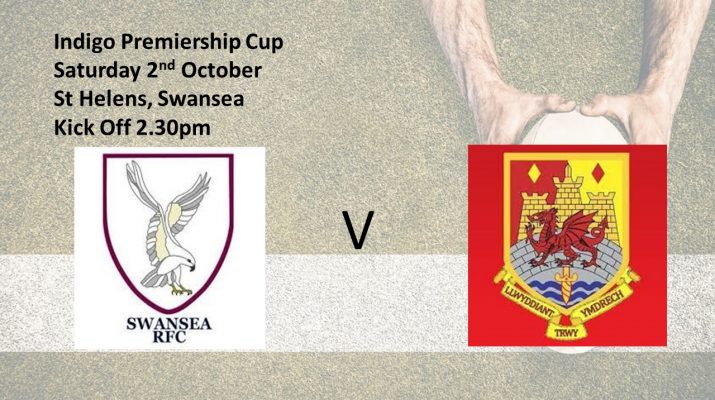 After last weeks game against local rivals Llandovery the Quins will be looking to make amends for a performance that was frustrating for players, coaches and spectators alike. Lots of work has been done in the week to make sure that performance is a distant memory and the Quins get back to the standards set at Bridgend and pre-season.

Head to Head against Swansea the Quins lead with the way with 17 victories to Swansea’s 11. Quins have scored 659 points including 68 tries while Swansea have amassed 620 points including 74 tries.

Looking at past fixtures the teams met only once in the curtailed 2019/2020 season with the Quins running out winners 21-12 thanks to tries from Morgan Griffiths and Osian Knott and the remaining points from the boot of Jac Wilson.

Ten years ago honours were shared with the Quins winning 7 – nil at home but falling to a 29-12 defeat at St Helens. Even further back in the 2003/2004 season the honours were again shared with a 17-13 home win which included a try for former All White Paul Arnold against his old club and a pulsating 44-33 defeat for the Quins at St Helens later that season.

Swansea will come in to this game looking for their first win having lost two away games in the cup so far against Llandovery and Aberavon. Eager to please their home supporters Swansea will provide the Quins with a stern test as always. The Quins of course will be looking to put right what went wrong last week.

The Squad shows some changes from last week and we hope as many of you as possible will make the journey to Swansea to cheer on the squad. 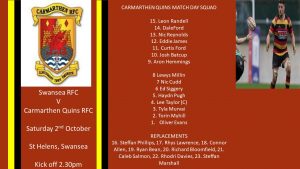