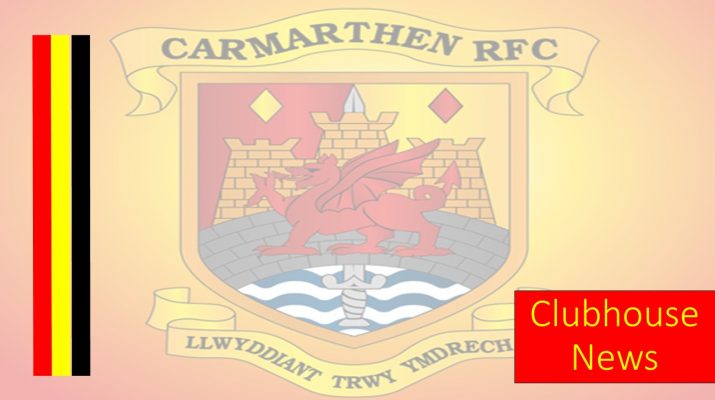 The club has been informed that a loyal supporter is currently suffering from ill health.

Bob (Rossiter) was born in Bridgwater, Somerset after his mother went into labour on a train on the Welsh side of Severn Tunnel. She had been visiting her sister in Cardiff and was on her way home and an ambulance was there to collect her from Bristol station to take her to get Bob born in Bridgewater Hospital. But so as far we are concerned Bob’s Welsh !

After working in England for most of his time he was eventually drawn to Wales with his lovely wife, Sheila, and in 2002 where they purchased a property in Talog which they completely rebuilt into a beautiful dwelling surrounded by a mass of flowers and shrubs. It was a little later that Bob started to become a Carmarthen Quins supporter and regimentally attended all home and away games. He became a patron and Q150 member as well as helping at each home game to gather the flags and banners.

Bob is now fully retired and unfortunately has suffered recently with his health but keeps up to date with all that goes on in the Quins.

Recently an important visitor made a visit to Bob in Talog to present him with a personally signed book, and this was none other than Nigel Owens of whom Bob is a huge fan and regards him as in a class of his own when helping the game become great entertainment.

It should be also mentioned that Bob has on few occasions visited Aberdare Church cemetery where the composer of Hen Wlad Fyn Nhadau , James James is buried and cleaned up the grave which is sadly not always very well cared for and simply because of his love and respect for Wales.

Another fact about the Welsh National anthem is that it was the first National Anthem to be sung at the start of a sporting event and this was when it was performed in 1905 before Wales beat New Zealand in Cardiff Arms Park and beat them 3points to nil. How times have changed.

Bob our friend we all wish you a speedy and look forward to seeing you back in the club and park. As they say, another great Quin. 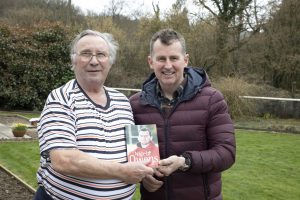