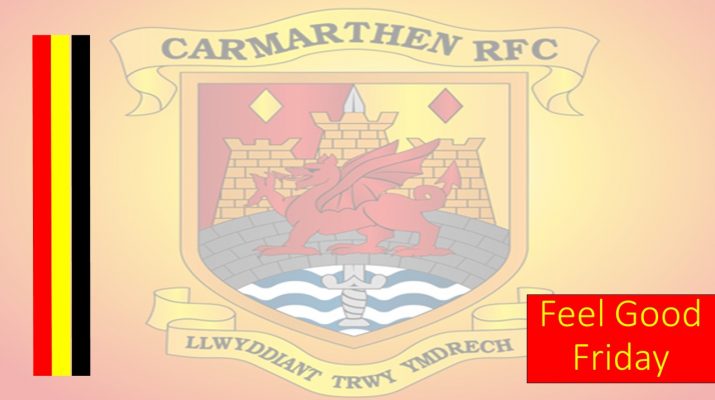 On the 140th Anniversary of the Welsh Rugby Union being formed following a meeting at the Castle Hotel in Neath we take a look at two characters and staunch Quins Supporters from years gone by.

Ivor Keith Thomas , aged 80. Llangynog boy, brought up with Huw and Brian Furlong, Peter Hughes. Known as Keith Burton for working in the Men’s outfitters for years. When Burtons closed he found employment in the Proof and Experimental Establishment in Pendine as a “Junior scientist” as he would like to say. He would visit Blackpool on his holidays at every opportunity, over 150 times which prompted Andy Barnett to remark, “ he’s been to Blackpool more often than Reginald Dixon”. During his stays in Blackpool he became friends with the Nolan Sisters and Mick Miller, the comedian. Burton reckons he provided Miller with some of his material. Keith used to frequent the old YMCA in St Peters and became friends with David Henry Thomas and Noyr Bryan who introduced him to the Quins. After which, he became a devoted supporter of the Club keeping fastidious records of every game from 1965 to 1995 he attended including points scorers and  the time the points were scored. He was a font of information to our Club Archivist, Percy Jones. He served on the Quins Committee for a short period . He also loved football especially the Swans and Glamorgan Cricket. Keith’s heroes were Ivor Allchurch and Viv Richards. Keith also was very fond of his budgie  which was called Bertie Bach.

Keith has been plagued with ill health throughout most of his life and is now confined to his house. He has proved to be one of the Club’s most faithful and loyal supporters since the 1960s and his jovial presence in the Clubhouse during the past two years has been greatly missed, we hope that many of the clubs supporters remember Keith and would like to wish him well. We have a photo below of Keith being presented with an award at the Dream Team event at the club and also a copy of the records Keith kept of the games this one being an away game against Cardigan in 1992.

We thank you Keith for the time you spent keeping these records without which some of our greatest history would have been lost. 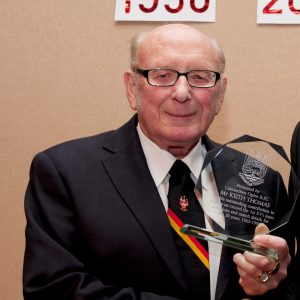 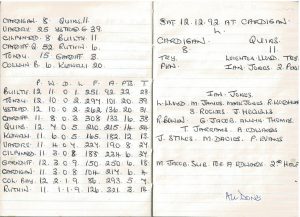 John affectionately nicknamed Caio is a true character and has followed the club since the late 1960s having played for the youth in the 1967/1968 season where he unfortunately suffered a broken leg. In later years John was an avid follower of the Quins Second XV (also called United and F Troop).

We have asked around for some memories of John and we can share these with you here in honour of a club legend. Many will remember John as being a rather maverick driver so much so he would get to away games in a time that was shouldn’t really have been possible and some players at the time who shared a lift with John only did it once!

John as well undertaking first aid duties for the second XV would on occasions run the line  and in one game in Abergwili he was running so fast to keep up with play he ended up head first in a trench dug by Welsh Water at the side of the pitch. Speaking of his first aid duties in the melee of treating an injured player in Newcastle Emlyn  John in advertently sprayed deep heat at his own face instead of on the injured player. Two stories that John often laughs at.

Regardless of his debilitating illness later in life he continued to drive his car with the kit to games for the seconds and take the kit home for the laundrette to wash ready for the following week. John was so strict on the kit nobody left the changing rooms until every piece was returned! In the absence of the seconds John would often be found sat in his car at the Vicarage corner of the park shouting along with rest of the crowd with a smile on his face. John is a proud supporter of the Quins and has been a passionate follower over the years and you can always rely on John to tell you what he thought as he always spoke his mind. 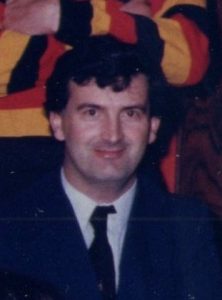 The club can only be grateful for the work these two true Mighty Quins have done for us over the years and we hope that once this pandemic is over and it is safe to do so we can see you both again. Thanks to John Lewis, David Kipper Newton, Mike Evans and Gwyn Morgans for sharing a selection of memories.