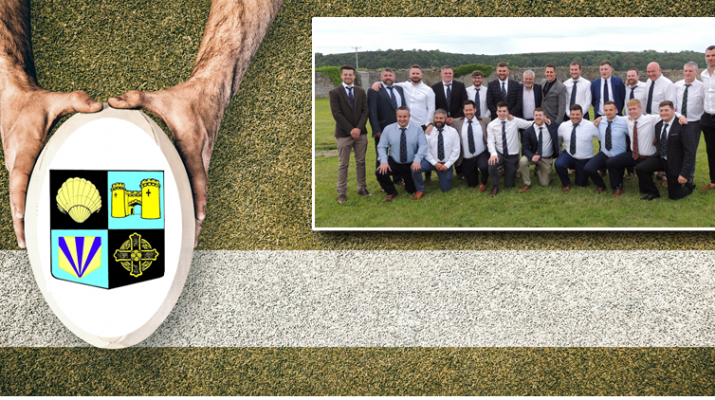 A great read follows about ‘MUFF’ who has been involved with the club for 45 years! 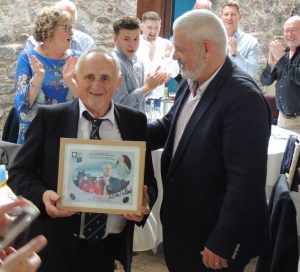 May we offer our sincerest congratulations to Laugharne RFC on celebrating their 125th anniversary. A dinner was held earlier this month at the Corran restaurant where 200 people attending with special guests, Warren Gatland, Mike Phillips, Dafydd Jones and Thinus Delport present.

It was a great day and we as a club wish them all the luck for the future and thank them for their support of various players that have represented the Quins over the years.

Last December as part of the celebrations there was an old boys game held and Muff (Anthony Roberts) who is 76 years old was determined to play as both his twin grandsons were playing for the Laugharne 1st XV team.

Unfortunately, Muff suffered a heart attack during the game and even though one of his sons kicked him in the backside and told him to get up there was no reaction.

However a very professional response by some club officials, especially the club physio Lloyd Pugh, saved his life and he was again revived a few times from a cardiac arrest by paramedics on his way to hospital in the ambulance, although it was thought the speed bumps might also have helped.

Following on, Muff had a quadruple bypass and was put into an induced coma for 19 days but with the superb treatment he received in the critical care unit in Morriston Hospital, Muff is well on the way to recovery.

Muff has been involved with Laugharne RFC for over 45 years, is still their fixture secretary and remains Chairman of Llanelli and District Rugby Union. A more than adequate amount of money was raised with an auction to buy a £2000 specially adapted wheelchair for the ward in which he recovered. Well done Muff and all who helped save the life of this great man.

The day following the dinner, the players and some of the supporters extended the celebrations by going to Santander for a week with supporter Keith Pierce arriving in Gatwick without realising he had brought his wife’s passport by mistake instead of his own. The boys tried everything to get his appearance to look like his wife but the task was simply impossible. Keith caught a flight the next day.

One of the two games they played was against a team from the oldest prison in Spain. Quite interestingly, some of the Laugharne players thought they recognised some of the inmates and said it almost felt like a bit of a reunion. The other game was against the Independientes RFC and Laugharne secured a comfortable win.

Again, congratulations to you as a great local club on your historic achievements. View LRFC’s 125th Anniversary Programme here 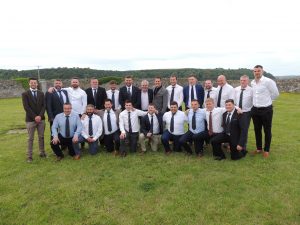 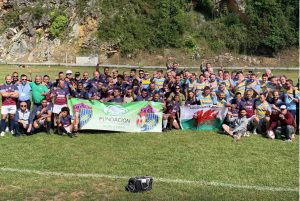