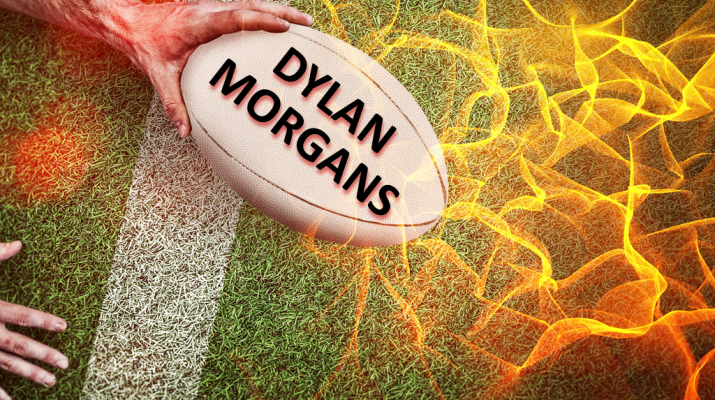 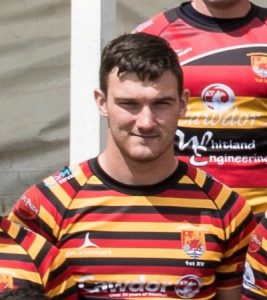 Dylan joined us in January 2013, another Pembrokeshire product to join our ranks. In the seven seasons he was with us, he developed into a strong running, powerful, try scoring finisher who gets better with age. His fearless approach has meant injuries have prevented more appearances.

Joining us mid season in 2012/13, he was on the losing side only twice in 12 Premier matches and scored  tries against Aberavon and at Sardis Road for us to finish up in 6th place  in the Premier Division. In season 2013/14, a number of injuries restricted his appearances to 9 of the 22 League matches, and we finished runners up by just one point to Pontypridd, our highest placing to date, Dylan has contributed 7 tries in his 9 games.

2016/17. An injury on Oct 1st versus Cross Keys kept Dylan on the side lines up to the end of February. A good win against Merthyr in the semi final of the Fosters Cup mid March signalled his return and a narrow defeat in the Final against Bedwas 18-23. Dylan played in only 9 of the 21 League matches.

2017/18. This was the season when the Division was split after half the matches played. Having finished in the top half the Quins went on to win 10 of their remaining 15 games. The highlight being their televised away game up in the League Champions back yard, The Wern, Merthyr, by a convincing 33-12 with Dylan coming on in the second half to cause all sorts of problems for the ‘Chiefs’  outfit.

2018/19 Dylan came into his own and crossed for 12 tries, with his two scores at Sardis Road, Pontypridd, and our 32-12 victory causing the home side’s biggest defeat of the season, when little was heard of the famous “Ponty Chant”.  He went on to score 12 tries for the season and plenty of promise for the future.

His playing record to date;

Dylan has now decided to finish his rugby playing days to spend more time with his family and we wish Dylan all the very best in whatever he decides to do with the spare time he now has, the Club its Management and all its Supporters thank Dylan for his total commitment he showed whilst playing for “The Mighty Quins”.