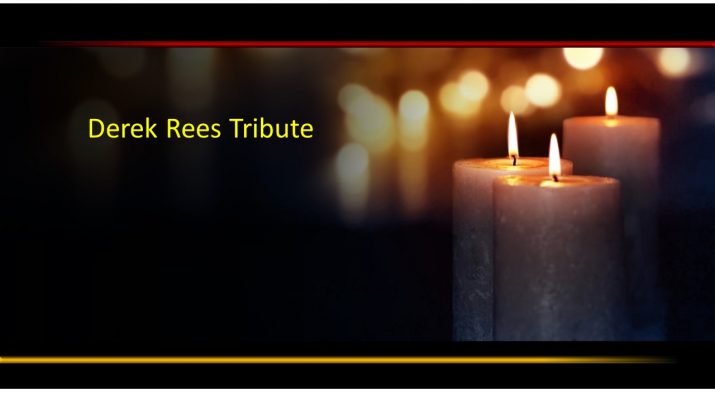 The club is saddened to announce the passing of former player Derek Rees who represented the club from 1957 to 1972. Unfortunately we do not have a full number of appearances Derek made for the club but he played at Number 8 or Second Row for our First XV and Second XV on many occasions during that period. The photos below show Derek in the 1966/1967 1st XV and Derek as captain of our Second XV in the 1967/1968 season. A well respected teacher Derek continued his passion with rugby and was a life member of Carmarthen and District Schools Under 11s where he assisted in starting the rugby journey for many players across the years.

We pass on our sincere and heartfelt condolences to Derek’s wife Avril, daughter Sharon and son Robert and the rest of the family at this sad time. Rest in Peace Derek. 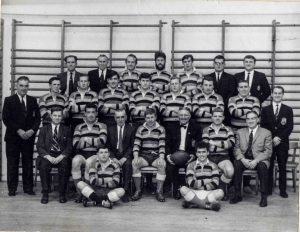 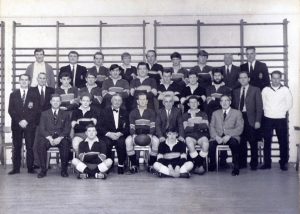 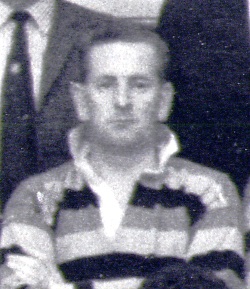 The funeral of Derek Rees will take place on 3rd March at 1.30pm at Narberth Crematorium. However, given the current Covid situation access to the crematorium is for family only and this includes on the grounds itself. Those wishing to pay their respects can do so outside of the Crematorium but please be mindful of current Government guidelines in relation to social distancing etc. It was Derek’s wish that there be no fuss so I am sure that many among us who knew Derek may well take a moment at 1.30pm and have Derek and his family in our thoughts. Rest In Peace Derek.