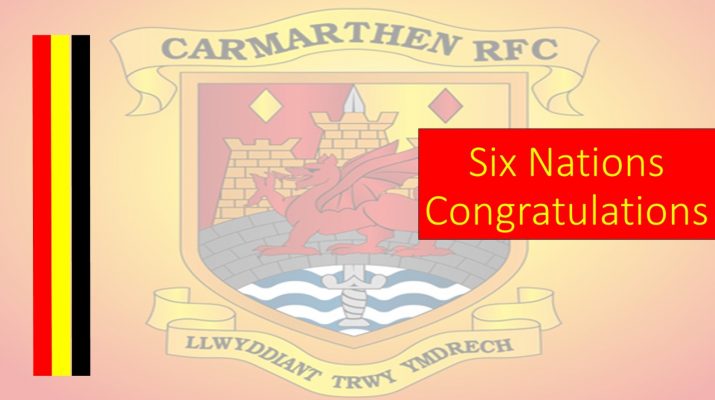 The club is delighted to see the Welsh Squad announced earlier today. Within that squad are a number of players who have pulled on the Cardinal, Amber and Black of the Mighty Quins as they learned their trade to get where they rightly deserve to be.

Congratulations to Gareth Thomas (56 Quins Appearances), Ryan Elias (45 Quins Appearances) and Kieran Hardy (55 Quins Appearances)  who played for the club and like others go to show that the Premiership is ideal preparation for the step up to professional rugby.  There were also fleeting Quins appearances for Rhys Priestland who wore the Quins shirt in 2005/2006 on 6 occasions.

In addition we would like to offer our sincere congratulations to James Ratti of Cardiff Rugby who has been called in as an uncapped player. The surname of course is no stranger to the Quins but how many of us know that James is the grand son of former 1xt XV player and Captain Richard Ratti? Richard played for the firsts between 1974 and 1991 at prop or number 8 and played 109 games for the club. Richard was captain in the 1978/1979 season and then shared the captaincy in 1987/1988.

We wish all the players the very best of luck in this years tournament and we know you will do yourselves and your country proud.